Aruba is the most western of the Netherlands Leeward islands and situated between 12 degrees, 30 North latitude and 70 degrees West longitude . The total length of the island is 19.6 miles and the widest cross section is scarcely 6 miles. The total area is 70 square miles.

Aruba, one of six Dutch possessions in the West Indies, is located about twenty miles off the Northern coast of South America, the nearest point being, cape San Roman, on the peninsula “Paraguana” Venezuela.

Alonso de Ojeda, a Spaniard, after leaving Curaçao in August 1499, landed at Cape San Roman, Venezuela. History does not definitely indicate that he actually landed in Aruba, but being so near the coast  it is believed that he did, and the honor of discovery has been bestowed on him. When the first Spaniards arrived in Aruba, they found Indians, they were Caiquetio, a tribe of the Arawaks. The many shards of clay pottery collected on Aruba show plainly their craftsmanship and artistic feeling in the treatment of the clay and the color and relief of their decorative motifs.

After it had appeared that the Island of Aruba, Bonaire and Curaçao did not produce any precious metals, they were declared “Islas inútiles” meaning useless Islands.

The Spaniards evacuated the inhabitants to Hispaniola to work. There the native population had been exterminated by the Spanish, and they were put to work in the mines. But a dozen years later one Juan de Ampues succeeded in sending back to Aruba a group of Indians from Hispaniola, in part to help protect the Spanish main, which laid along the Venezuelan coast. All the enterprising fellows of those days immediately began preying on the Spanish galleons, which necessitated a Spanish garrison at Curaçao.

Aruba, under Spanish rule until 1634, was in that year taken over by the West Indian Company, a Dutch Trading Company, with headquarters in Rotterdam, by right of conquest.

The island was then left to its own fate, more or less, due to the extreme difficulty in maintaining regular communication between Curaçao and Aruba. The West Indian Company, however, granted permission to a chosen few to settle and engage in commerce on the island. History indicates that “Moses Van Salomon Levi Maduro” was the first foreigner permitted to settle in Aruba. Although it should be kept in mind that during the first quarter of the past century about 1/3 of the population still consisted of real Indians and that the last one died only a little over a century ago. It was only after the authority of the Dutch West Indian Company started weakening, that more Europeans came to our Island in the period between 1780 and 1790. These Europeans consisted mostly of merchants, adults and children of Europeans who had come to Curaçao in former years.

For some years the main export of Aruba was horses, worth about 300 guilders each, and exported to Jamaica and Cuba. After horses, Aruba’s main source of income was aloe-plants. In the 1920’s, the value of aloe was about two million guilders (roughly a million dollars) annually, Aruba raised 70 percent of the world’s production and most of it went to England. Alluvial gold was found on remote northern slopes of the Island in 1826, at Rooi Fluit. Intermittently finds of gold reported caused formation of several gold exploring and exploiting companies.

Probably the most historic year in Aruba’s history was in 1928, when Lago Oil and Transport Co. arrived. The company, later a subsidiary of Standard Oil Co. of New Jersey, was looking for good sea port and stable Government. They wanted to build an oil refinery to process the oil that had to be taken from Lake Maracaibo Venezuelan oil fields. The modest plant grew to be the world’s biggest oil refinery, producing 440.000 barrels of refined oil products a day. Lago caused a drastic change, that carried great economic, religious and political consequences.

Therefore the Oil refinery became Aruba’s number one source of income with tourism second. However in March 1985, due to the unstable oil market it became necessary for the refinery to shut down production.

In 1990 Coastal reopened the oil refinery, which later became property of El Paso. Not long after that, Valero took over the refinery which was closed again in 2012.

In 1954, the proclamation of statute, by which the Netherlands Antilles, Surinam and the Netherlands, each as an autonomous country, declared to be willing to continue their cooperation as equal partners and on a voluntary basis. At the time of the negotiations committee was formed in 1948, to investigate the size of Aruba’s share in the total government revenues. The share turned out to be so large that the subordinate position Aruba held in relation to Curaçao until that time, was incongruous and disproportioned.

On March 18, 1948, the Aruba delegation at the first Dutch round table conference presented a petition to the Dutch government requesting for a separate status in the Kingdom, seceded from the Antilles constellation. This led to the formation of four self governing insular territory. But on January 1st , 1986 Aruba became a separate entity within the Kingdom of the Netherlands.

Based principally on a Western system of parliamentary democracy. Aruba is governed by a single house of parliament and the council of ministers chosen by  the elected parliament members. Executive powers are held by the Prime Minister and his cabinet. The Governor, appointed by her Majesty the Queen of The Netherlands, is an independent body representing the Queen. There is an independent judicial system, with the highest court located in The Hague. Today the Government of Aruba has succeeded in bringing tourism to the highest peak in all of Aruba’s history.

The native language is Papiamento, a mixture of Spanish, English, Portuguese, Dutch, Indian and a sprinkling of African words. The official languages are Dutch & Papiamento. The trade languages are most English and Spanish.

Average temperatures, the year round 76 to 84 degrees. The trade winds bring natural “airconditioning” throughout the year.

The currency of Aruba is the Florin. Dollars are accepted everywhere. All major credit cards are accepted: American Express, VISA, MasterCard and Discover.

Distilled in the worlds second largest desalination-plant. Aruba’s drinking water is pure and most refreshing.

*Never throw garbage or anything outside, please use the designated containers

*Keep in mind that light weighted object like plastic cups, bags etc will fly away easily and pollute our island and the surrounding waters.

To protect our underwater world there are specific rules:

*It is against the law to touch or brake the coral by standing or sitting on them. The coral dies and you get a painful experience.

*You are not allowed to take anything out of the ocean. 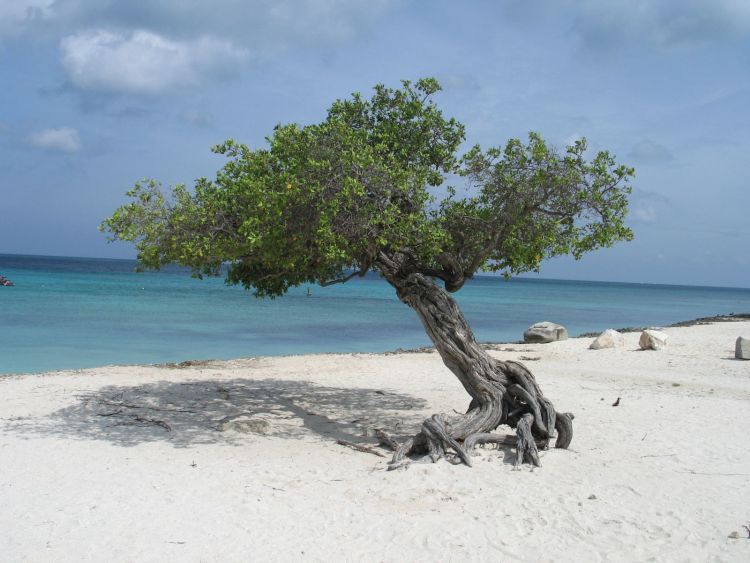 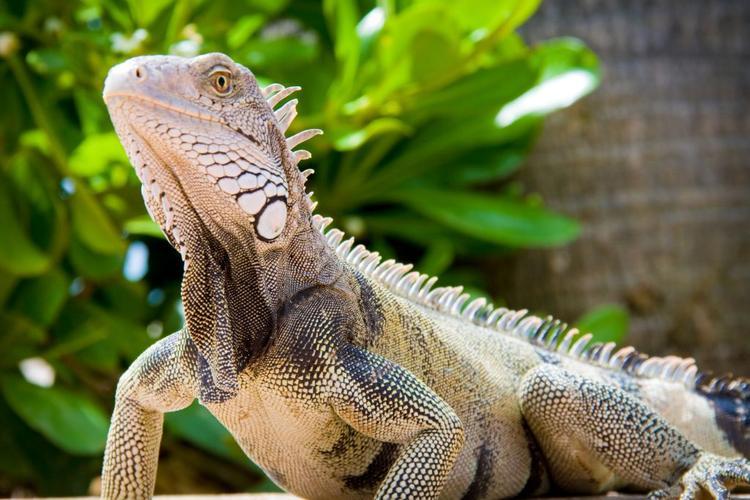 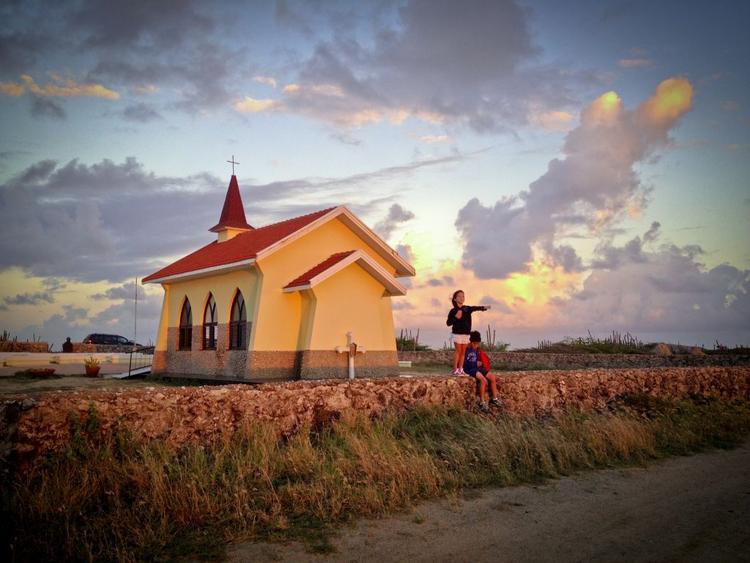